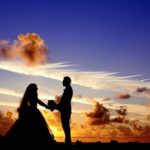 Max and Judy were split. Their children knew it, they just didn’t understand why. When they saw them in the house together, Helen in their house and Lucas later in the supposedly abandoned house, they were confused. So were Judy and Max.

Split because Judy wasn’t sure what she wanted. She thought she’d find it more easily if she was alone, not explaining how she was alone without Max but with two kids. Max didn’t ask. He fell in love with Judy when they were kids, he fell hard and had to woo his soulmate just briefly as she fell for him, too. And then, it seemed, it all fell apart.

Their wedding was memorable, held on a beach July 23rd, and his career came next. Becoming a lawyer was his second dream, second only to marrying Judy, and then the rise to the top delayed their having Helen but Max thought it was ok. Judy seemed happy supporting him, volunteering at the local library and taking some hours at night at the local craft store. Max wasn’t stupid, he knew she dreamed of something more including owning her own art gallery but she put it off for him and each case kept him in the office longer and longer.

As he laid in the dark he remembered why he loved Judy and Max committed, to himself to start, to allocate a lot of his cases to paralegals so he could be home earlier. The strangers surrounding him all breathed a collective sigh of relief when they saw Max’s eyes open.

Judy spoke to him first. “I’m sorry, I was stupid. I want you to move back in.”

Max whispered his response, “you’re not stupid at all. I need to apologize for being at the office too much. I want to be home more.”

Helen and Lucas were delighted by the apologies. They were whole again!

Max was carried out on a gurney, and they went to the hospital before going home. All got checked out and were fine but Max had to stay overnight for observation. He convinced Judy to go home with the kids, saying he was in good hands and she could enjoy a good nights sleep alone one last time.

When they left he asked his nurse for a laptop and phone line and called his go to at the office. He had a plan…