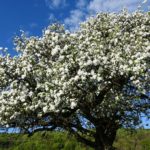 Judy jumped first, landing in a soft pile of sod and Max came tumbling after, landing hard on the ground. They both stood slowly, looking back up to the roof they jumped from and remember their younger days of risky behavior. Neither could believe the paradise they entered and both were suddenly very exhausted and confused about their purpose.

Cole was confused as well. Still half walking half jogging around the house he only saw what he saw before and never did quite make it where he was headed.

Helen, startled by her parents who made a sudden entrance, ran towards them with the last bit of energy she had. “Mom, Dad, are you ok?”

“Helen! Thank goodness we found you at least. Where did Lucas and Cole run off, too?” Judy suddenly realized why they were there and what they should be doing. “Last I saw he was running this way but then he’d turn and come back. He had Lucas.”

“I saw them, too.  I just don’t get it. Maybe he was trying to get our attention. Oh! here they come now.”

Cole saw the family gathered by the apple tree and picked up his pace. Lucas finally stirred and Cole let him down, holding his hand as they shuffled exhaustively towards the group who was running towards them.

“Mommy! Daddy!” Lucas hated that he said the childish form instead of just mom and dad but at that point he had too many other things on his mind. The sudden brightness was once again blinded, no one having any idea what time it was.

“I was so brave, I even got Charlie to take a picture, and then you all disappeared, and I wasn’t brave anymore. I was very very scared. I’m brave now again with you here.”

Everyone looked at each other, thankful at least one of the party felt a little brave.

Cole broke the silence, “How do we get out of here?  I didn’t want to go through that house again but I keep ending up where I started. Should we split up and sacrifice not being together to try to save time?”

“Absolutely not,” everyone said at once in some manner.

“I hoped you’d say that,” Cole and Lucas replied.

“Let’s sit down and think for a minute, regroup and determine what we’ve all tried so far.” Max tried to be the leader but was failing. No one sat down even though all had legs barely holding them up.

Judy was the born leader, “We’ll need to go through the house,” she declared after understanding Cole’s predicament. “Straight through it going to be the most direct. We’ll just have to hold each other’s hands and keep looking around us.”

Cole lost all colour in his face when he knew that was the best plan and saw Flo coming up behind Helen. Sacrificing his own safety and sanity, he told the others to go ahead, he’d be right behind them but needed to lead Flo away. The family grabbed each other’s hands without much hesitation and went back towards the house while Cole ran the other way.

Flo, startled by their actions, hesitated long enough for Cole to run around the tree and back towards the house before she could take a few steps. Reaching the same door the family just went through easily he found it locked.