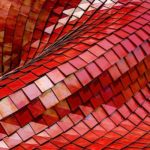 Cole picked up his pace but was physically and mentally exhausted from nights misadventures. With Lucas sound asleep on his back it was impossible to go at a steady pace, too. The only thing keeping him moving was knowing Flo seemed to be picking up her pace behind him.

And then he had to stop.

Looking ahead to where he expected to see the front lawn Cole saw the same field he just left. The same side of the house he escaped from was right in front of him, the glass from the broken window shining with moonlight. Deciding he must have gotten turned around he debated turning back and outmaneuvering the old lady but he determined that would be a waste of time and energy, that he should just keep going.

Helen, still running the radius of the basement, felt calmer knowing that at least Lucas was with Cole. She just couldn’t figure out how to get to them and then she saw it.

At the side of an old bookshelf there was a sliver of light. With all her strength she pushed it aside enough so squeeze through a second set of stairs that seemed protected from the age of the rest of the house. She embarked them with as much speed as her body would allow and reached an outside door. Falling through it she shielded her eyes from the drastic change in light. Not believing she was in the basement all night Helen became disoriented and sat down under an apple tree, grabbing one from a low hanging branch and taking a bite.

Judy and Max were still trying to remember who the older boy was and why he was piggy backing their son. And why he was pacing the backyard but not trying to escape. They realized while they stood watching and wandering about him they, too, were not escaping so snapped out of their confusion.

“We must go back downstairs,” Max said, stating the obvious.

“Of course but how, the stairs barely held me coming up.”

“Let’s race around the radius and find another way. I’ll go this way and you go that way, we’ll meet in the middle and figure things out,” Max offered.

“That’s the way you want to go through life, isn’t it? Separate and hopefully find each other again? What if we don’t? What if you fall through the flooring and get hurt – then what good are we? No, we are going together.”

“That’s your problem – you always think too much but let’s go. We’ll do it your way and hopefully can do it quickly.”

They turned left out of the kids room and found a bathroom and a master bedroom before coming across a laundry shoot. “I’ll fit through there, do you think it’s safe enough?”

“What about me, then? I thought you didn’t want to split up?”

Judy rolled her eyes and kept moving, annoyed that Max couldn’t lay off the beer to keep in shape. Five years ago he paid more attention to things and cared enough to be able to fit through, too. And then she saw it- a rooftop low enough and looking stable enough to hold them both. Max shrugged, not coming up with a better idea, and they both climbed out onto the rooftop and stared at the garden below.

Come back tomorrow for Sacrifice