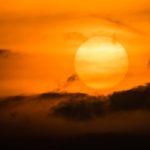 Sorry I’ve been slacking on these posts. I was going steadily until I took a mini vacation and then got a new phone so couldn’t sign in easily (long story). So here we go and I will post a couple a day to ensure I catch up.

Lucas felt goosebumps when he stepped into the garden. He was starting to get suspicious and the suddenly bright warm scene and it didn’t help that, once his eyes adjusted, he saw he was being watched.

“Mom!” Lucas yelled excitedly towards the house. “I gotta go,” he turned to Flo to explain. “They have been looking for me all along.” His face showed pure elation even though some time before he wondered if they even remembered he existed. When he saw his father’s face next he froze.

“Yes, your father is here too but I don’t think they are looking for you, Lucas. Remember your sister trespassed, too. They must be looking for her.”

Lucas thought about this and doubted his new friend but not for long. He realized that only his sister’s crush was in the house with him and surmised Helen was primarily just following him when she came across Lucas. She promised she’d be back with help but then never did come back. After hearing her talk to Cole he wondered if they were just hiding out somewhere, forgetting about him.

Lucas nestled against Flo again, his brain hurting from all the thoughts and panicking going through his body. He longed for his bed, surprised in some ways that he was so tired when it was bright enough for lunch.

The new friends started to doze off again until they jumped from a loud crash and the sound of glass breaking.

Lucas clung tighter to his friend as he noticed the sky darken with the noise. Opening his eyes he noticed Cole standing before him, reaching for his arm and Lucas really wasn’t sure what to do. Refusing to let himself be grabbed he told Cole to go away.

“Listen, your family is waiting for you inside. They are all so scared and want you home. You know better than to talk to strangers.”

Lucas was shocked, “This is Flo, she’s not a stranger. I know her name. She’s been keeping me company and making sure I don’t get lost.”

Flo piped up then, telling Cole he should leave well enough alone and leave. After several minutes of back and forth Cole and Lucas noticed the pauses between Flo’s replies were longer as she was drifting off. If Lucas stayed there he would be too but when he saw the look on Helen’s face looking out the basement window off and on he decided it best to go with Cole. “Ok, I’ll go with you. I want my mom,” Lucas said quietly.

“Ok, come on. It’ll be a quiet quest but we’re not going through that house again. Let’s go around.” Lucas was dragging his feet so Cole worried walking would take so long. “Hey bud, how about a piggy back ride?”

“Awesome!” Lucas replied, his father not offering them anymore. Lucas climbed against Cole’s back and they started off again, turning the corner just as Flo woke up. Glancing back Cole quickened his pace but then stopped dead in his tracks.

Continue with Race Around the Radius later today…