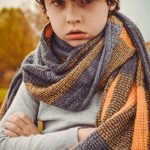 If you want to start at the beginning of  this challenge/ serial story please visit Abandoned!

Helen wasn’t sure what to do. Walking home without her brother seemed the worst of her options but going back to the crowd was intimidating and seemed useless without a picture of the boy she’d be looking for. The damage was done already, she now just needed to repair it and convinced herself going home to get a recent picture of Lucas was the best thing to do.

Fully convinced this was now the only option as she walked up the driveway she stopped, regretting it all when she saw her mother’s car. Having no other choice but to go in, Helen approached the steps and casually opened the door. Surprised her mother wasn’t passed out on the couch or in the kitchen prepare a late night lunch, Helen stood still for a moment listening and was dismayed to hear a voice she recognized but was out of place. Her father was here, after being gone for months, and it sounded like, well, like she didn’t want to interrupt or be heard herself.

Tiptoeing to the piano where a framed picture of Lucas stood, Helen grabbed it and sneaked back out the door suddenly realizing she should have simply snapped a picture of it with her phone. If they came out of the room and realized it was missing they would know something was wrong. There was no going back and yet she was going back, back to the abandoned house with a secret she didn’t know how to live with.

Meanwhile, Charlie was mortified. She should have never thought herself responsible enough to care for Lucas, especially when her first reaction was all about getting Cole’s attention. Now Lucas was gone and she was to blame. Actually, Helen was to blame for walking away from him in the first place but the damage was done and she did it.

Only she didn’t know how she screwed up as Charlie was looking after him and simply took a picture he begged her for. No, she couldn’t be at fault for any of this and yet that nagging feeling kept her in place, which was totally out of place standing on the steps staring back at the crowd as if preparing to make an announcement. And maybe that’s what she should do, make an announcement in effort of repairing the damage.

Lucas blamed himself for not following his sister. Somehow when the crowd disappeared all he wanted was his sister and realized the damage was done when he didn’t follow her home. He had nothing to prove to anyone so he should have never even asked to come or for that girl to take a picture of him. Now the big question was how he would be expected to repair the damage.