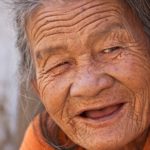 Lucas heard his family entering the house and, in his excitement, let go of the floor board. Hands slippery from sweat and weak from effort were useless in breaking his fall and he cried out in pain. Somehow it was darker now for him, he didn’t that that could be possible so he cried out again.

The voices seemed liked they were right above Lucas as he tried to stand but failed. His right ankle was screaming louder than his voice could but he had to move. Ignoring his pain and subconscious urging him to stay, something about it being easier to be found if he stayed, he started walking in circles, expanding the size with each turn and holding his hands in front so as not to walk into a wall. Eventually Lucas found a light switch and a door. Doubtful but hopeful he tried the light switch and was surprised it worked.

Lucas screamed again, jumping a very awkward jump, part in surprise part in pain. “Hello?” What a dumb thing to say, he thought, but what else was there for him to do?

“Who are you?” The voice was aged, crackly like it hasn’t been used in years and eerily close.

“Helen? Mom? Dad?” Lucas crossed his fingers, never so eager to see or hear that it was a family member.

“Who are they? I am not your mother. What are you doing in my house?”

Her house?! Lucas was told it was abandoned, the whole community said it was abandoned yet someone must have paid for the lights. Lucas knew someone had to pay the power bill as he hear his mother complain about the costs every month, not to mention growling at him every time he forgot a light on.

“You’re sorry? Did your mother teach you to barge into someone’s home and just say sorry?”

“No, I… I was told no one lived here. I was here for the tradition, it was my first time and I came in with Cole when no one answered me.” Lucas was rambling, he knew it yet was too excited to finally be heard to stop. “I wouldn’t have come in, he did it first and I was hoping someone would notice me and just take me home. I have school tomorrow and it’s way past my bed time. I need to go home.”

Her face appeared to him then, emerging from the corner of the room and, though filled with wrinkles, her eyes appeared kind and there was a slight smile on her lips. She looks like Gramma, Lucas thought.

“Come here, young one. Don’t be scared.” She held out her arms and, desperate for comfort, Lucas ran to them. She sat down and he curled up on her very uncomfortably bony lap and promptly fell asleep.