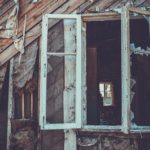 Lucas made mistakes. He didn’t like to admit them but his sister pointed them out constantly.

“Why can’t you colour inside the lines?”

“No, two plus two is not twenty two.”

“Look at the mess you’ve made!”

He often wished he was as perfect as she thought she was but he was young, no one could expect a five year old to be perfect when even his parents couldn’t be perfect. His dad moved out when he was four, saying it was for work while Helen tried to blame him. Lucas was smarter than that and knew that his parents weren’t getting along because his mother wasn’t working and continued to spend his dad’s money. Lucas wanted to move with him but everyone said he needed his mother more.

When his mother and father approached the step together Lucas was confused. More confused when Helen told him he was missing as he was standing right in front of them. That’s why he followed Cole in the abandoned house. He hoped that if he did go missing his family would actually notice his return.

Walking behind Cole, Lucas wondered why the boy didn’t pay attention to him either. Cole seemed more concerned with reaching a window than he was with Lucas asking for help. When Cole brought a lighter out of his pocket and looked for something Lucas panicked and pleaded for him not to catch anything on fire.

Before he could reach for Cole’s arm, oblivious now to the rotting floor boards, Lucas’ left leg fell through and his right soon followed. Grabbing what he could of the next floor board Lucas screamed while Cole carried on setting a fire to another piece of wood as if nothing happened.

Lucas watched Cole closely as he set the wood on wire so he caught sight of his startled face, appearing to recognize the trouble the young boy was in but still seeming to do nothing.

While Lucas’ hands got more sweaty and began losing grip Cole jumped out of the house through the nearest window.

Lucas was alone, hanging onto a sliver of hope that Cole was in a hurry to get help. He just didn’t understand why he wouldn’t have stayed with him or reached out his own hand to help him up.

As his hands became more sweaty less hope was felt and Lucas began to wonder what would happen if… or when… he fell and then he did.

See Intruder to read what happens next!