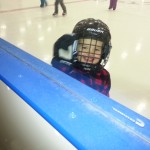 Raising my son without television has been a struggle but it’s not what you think.

When I found out I was pregnant I was confident I’d avoid tv with my child as long as I could. Even though our regular form of relaxation consisted of vegging in front of the screen, I had so many other things planned we wouldn’t even have time for it.

When we attended parenting classes they reconfirmed my thoughts, telling us of issues with the development of children’s brains while trying to keep up with the images. Of an extreme case of a child going into a coma because of the lights and fast movement. Enlightening us that even the Baby Einstein videos did nothing to increase intelligence so I, being the author, continued with books.

Unfortunately not everyone shared this same view point and gifted DVD’s, recommended tv shows to allow us to get things done and told us how it never impacted their child negatively. This all being appreciated and each parent decides how to raise their child but for almost four years I’ve been a bit embarrassed to admit we avoid television.

Seeing my toddler now, with this ability to play with trucks by himself and his skills with a soccer ball, on skates, with a hockey stick, guitar, dancing, karate, language, printing, math… the list goes on I am proud to admit it’s in part because we avoided television.

In the first 2 years of William’s life he watched about 2 hours of tv, a bit with our permission and some at his babysitter’s. A bit more the summer when he was three years old and a bit more these days but very, very limited. This goes for YouTube and television, with some time using a LeapPad.

And yet when I admit it, tell other parents my son doesn’t know a character because he doesn’t watch tv, they praise me! More times than not they tell me they wish they would have or could do that but their kid loves some shows so much. We don’t have that issue… my son would rather borrow 5 books a week from the library than be forced to sit in a chair all day.

We’re not perfect, he’s watched a couple of movies. The first being Beauty and the Beast only because he saw a high school production of it first. He knows of Disney characters because he has books they are in and dressed as Thomas the Train for Halloween this year but was more excited about being a train than a movie character.

With all this said, I am proud to say we haven’t fallen into the trap of even allowing 30 minutes of television a day. William plays outdoors, at the rink, on the field or reads a book for entertainment and wow, does that make us proud. And he loves talking to people, strangers of any age, and he is proud he doesn’t watch tv. Carries on a conversation that anyone can follow, understand and enjoy and he knows he’s impressing people while doing it.

So I encourage you, even if your kid loves tv or video games, for a week or a month encourage something else instead. I know you’ll be impressed by their new found ability to communicate, entertain themselves and create something magical.