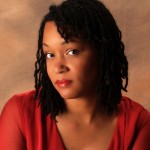 PROLOGUE
I remember everything.

“Bitch.” Jefferson Winton stared at the letter in his hand.  Last month, he had announced his intention to run for mayor.  Today, he got this letter.
Kari Marchant.  She’d tell everything if he ran.

He’d heard her name mentioned over the years in various circles and had been surprised they knew some of the same people.  Still, she’d never attempted to contact him directly before.

He pushed the button for the elevator and paced.    He hadn’t expected to see anyone at 2 a.m.  The elevator opened to an empty cab.  He breathed a sigh of relief and pushed the second floor button.

He didn’t want to worry about that bitch again.  He smiled. His henchmen, Ren and Stimpy, could handle this.
He pulled out his phone and placed the call.

“I have some work for you boys.  Kari Marchant at 2612 Osceola Street.  Get rid of her, but make it look random.”  He hung up as the elevator door opened again.
Jefferson waited for his eyes to adjust to the darkness of the parking deck before he scanned the lot for his car and strode toward it.  A shuffling sound startled him from behind as he opened his car door A sharp pain stabbed at the back of his head before he could turn around.

A douse of cold water jolted Jefferson back to consciousness.  His head throbbed like a heartbeat and the rusty taste of blood  filled his mouth.  He squinted his eyes and tried to focus through the stickiness that plastered his eyes together.  He stared at the person in front of him; dull recognition seeped into his brain.  He couldn’t believe who’d done this.  He lunged forward but couldn’t move.  Twine bit into this forearms, stomach, and ankles as he fought to free himself from the chair.

“What the hell is this?” he yelled and struggled wildly.

“There is always a reckoning for one’s misdeeds, in this life or the next.  For you, today’s that day.”

The glint of the shiny steel scalpel caught his attention.  “Shall we begin?”

Thanks for stopping in, Harlow!