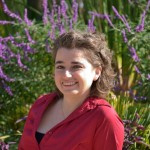 Today I want you to read about US author Merry Farmer’s newest book and come back tomorrow to read about how she switched from Medieval Romance to Historical Western Romance as well as why she believes in self-publishing!

Enjoy! For the chance to win a free ebook copy of Our Little Secrets (Montana Romance)

Amelia Elphick’s life is over. She may have been born a lady, but when she finds herself jilted by a lover who leaves her pregnant and refuses to marry her, she seems destined for a life on the streets. When her employer’s rough but handsome houseguest, Eric, offers to rescue her from ruin, she has no choice but to say yes, even if it means moving halfway around the world.

But Amelia finds herself saying yes to more than a ticket west. What starts with a harmless lie tangles Amelia and Eric in a web of desire and deceit that exposes passions and turns their worlds upside-down. Eric believes Amelia holds the key to saving his beloved ranch and giving him the family he always wanted, but can he save her from the demons of her past without losing himself in the process?

People do foolish things when they’re in love….

Amelia could do nothing but stand there, her brain foggy from shock and tears and betrayal.

Mr. Quinlan cleared his throat, pulling her attention back to him. He shifted his weight to his other leg, let his arm drop, hat in one hand, and looked her in the eyes. She had never seen a man so anxious, as if he was the one in utter disgrace.

“Look, I’m really sorry about everything that happened last night.”

Amelia lowered her head. “I … I am so sorry you had to witness that, Mr. Quinlan.”

“Yeah, well so am I,” he mumbled. “That Mr. what’s-his-name was a total ass, treating a lady like that.”
She looked up, her stomach twisting. “Oh no, sir,” she corrected him. “I’m afraid I was the one in the wrong.” It was all she could do not to choke on the words. “Mr. Hayworth was perfectly within his rights to react as he did. I … I am not a lady, I-”

“If he had tried that where I come from,” Mr. Quinlan interrupted, striding across the room to her, “he woulda had about a dozen men all over him. It’s pitiful to dismiss a lady such as yourself like that.”

An ironic smile twitched at the corners of Amelia’s mouth. “I’m afraid you misunderstand, Mr. Quinlan. I … I am a fallen woman now. My disgrace is complete. It was not my place to cause a scene.”

He puffed an annoyed sigh and threw his hands out, narrowly missing a vase of hothouse flowers with his hat. “You know, I never understood you English people and your ‘places’. A lady’s a lady as far as I’m concerned.”

“But my family,” she fumbled, no desire to explain the past.

“Your father did something bad, I dunno,” he finished for her, his tone not caring. He paced a few steps to a small table and fingered the edge of it, picking at an invisible spot. He flicked his hair out of his face and darted a glance out the window at a passing carriage. Amelia bit her lip as she watched his antics.

Finally, he shook his head and turned away from the pouring rain outside the window. “Well, this isn’t how I wanted to start things.”

Amelia fidgeted with her skirt. “Start what, Mr. Quinlan?”

He ran a hand through his hair and paced back to where Amelia stood. When he reached her, swaying too close for a moment then backing off a step, he screwed up his mouth as if something were trying to escape from it and he wasn’t sure if he should let it out or keep it in. His back and shoulders were stiff as he glanced to Amelia, then at the floor, out the window, and back to Amelia again. It struck her that his awkward ways were uncommonly charming.

As soon as the dangerous thought entered her mind, she pushed it away.

Finally Mr. Quinlan sighed and let his tension drop. “It’s like this.”

Amelia raised her wary eyes to meet his.

“I suppose a fine lady like you is mighty attached to a fancy place like this, but I understand that you’re in a heap of trouble after last night and got no place to go. Now, I know it’s short notice, but I’m leaving London to head back to Montana tomorrow and I was wondering if, well, if you might want to come with me.”

Amelia’s sore eyes widened. Her breath caught in her throat. “Go with you?”

He shifted. “I’ll pay for your passage and all. I don’t mind doing it at all after what I saw last night. It seems to me that you’re pretty much sunk here. But Montana is just lousy with opportunity these days, even for women. Cold Springs could use a smart, pretty girl like you, and … and, well, that’s it.” He ended his speech by blushing and lowering his head, looking up at her through his lashes.

Amelia’s heart fluttered, but it had nothing to do with Mr. Quinlan’s charm.