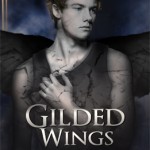 The young boy grinned from ear to ear. He began to turn the pages of his book, pointing out the drawings to Anya. Gregori was so excited, in fact, that he never saw the figure beside him leap off the bench. He was unaware, as Anya quickly pressed the boy’s face into her shoulder that his father had lunged at the young man across the aisle with the tiny morsel of fruit. Gregori never saw his father push the other man off the bench and steal the much needed food for himself.

A wave hit, throwing the passengers about like rag dolls.

Closing her eyes Anya breathed slowly until the boat righted itself, and when she refocused, Gregori’s father was once again seated beside his son. The ripe smell of apple coated his shiny lips, and he quickly passed his boy the other half. Anya searched the bench across from her and saw the young man nursing a small cut on his upper lip. His eyes were wide with surprise, like he’d been woken up from a bad dream. His stare met Anya’s and she smiled at him. She attempted to offer him a look that begged him to forgive the hungry father’s mistake. Pulling Gregori closer, Anya pleaded with the stranger not to hurt the only person who the young boy called family.

The anger cooled in the man’s eyes, as he stared at Anya. Raising himself carefully to his feet, he nodded at her, and walked away into yet another shadowed corner of the cramped ship.

***
Finding Fact Inside the Fiction

All authors have their ‘favorite things’ when it comes to telling a story. My personal favorite is the use of very real locations and/or events where I can place my characters in situations that actually occurred.

Being the daughter of a research librarian, I have always loved history. And when it comes to the angel/warrior team whose job it is to save and protect others, there are many historical events that can be used to prove a point or show them ‘at work.’

When I chose to place Emily and Matthew in NYC at the time of ‘The Gilded Age,’ I wanted to bring one of my characters over from another country with a background story that readers would be interested to know about. The Khodynka Tragedy was something that sprang to mind because of another book I was working on that involved the very real ‘crazy man’ Rasputin, who had his own hand in the demise of Tsar Nicholas II.

In 1896, on Khodynka Field in Moscow, festivities had been put together to celebrate the coronation of the new Tsar. The people were excited and some even traveled for miles in order to be a part of the big event. There were theaters built, buffets (over 150) erected, pubs built from the ground up, as well as gifts to distribute to the crowd. These gifts were rumored to be everything from sausage to pretzels to a memorial cup, bread rolls – food that would have been a true gift for these extremely poor people.

Everyone was so excited that very early that morning they gathered for the celebration. Unfortunately, when over half a million had arrived, a rumor was spread that there wasn’t enough in the way of food and gifts to be given out to everyone, and a riot was born. 1,800 police could not maintain order, and in a catastrophic crush, and the resulting panic to flee the field, 1,389 people were trampled to death.

That very night Tsar Nicholas II and his wife, Alexandra, attended a huge ball celebrating the coronation. Although the government did give aid to the people, having their leader attend a ball on the same day that his followers had met a tragic death, made many mystics say that Nicholas II would end up doomed. The mystics, of course, were correct.

Having my character in the midst of something so famous and frightening was incredibly interesting to me. When historical fact is placed into a fictional novel it almost feels as if the reader was there that fateful day; it makes the story seem real and allows the emotions to truly flow.

I hope all readers like Matthew and Emily’s second coming, because I absolutely loved writing it!

Until Next Time, Everybody,
Amy
a Rafflecopter giveaway

Until Next Time Goodreads page:
http://www.goodreads.com/book/show/13319888-until-next-time

Gilded Wings Summary
The Beloved Angel-Warrior Team from Until Next Time Returns!

Emily never wanted to face humans again. With the heartache that went on down below, she’s still trying to figure out how to save souls that don’t deserve saving. The only one she wants to see again is Jason – the young man she fell in love with who became the soulmate she simply can’t forget…

Matt was trained to protect and defend the souls down below. Longing to feel the heartfelt emotions that come from being human, Matt wants nothing more than to have just one life – one chance – to live and love the girl of his dreams…

The powerful team find themselves in a brand new century, living in the Gilded Age of New York City. Emily takes over the body of Anya, a young Russian girl who arrives on Ellis Island after a hideous tragedy. There she meets up with a strangely familiar young man by the name of Drew Parrish, who helps Anya survive in an unknown world of luxury, snobbery and…obsession.

What Anya’s inner angel doesn’t know is that the soul she loves is also back. This time around Jason goes by the name of Max Carrow. Once a quiet and kind boy, he’s now part of the ‘Four Hundred Club,’ and wants nothing more than to be among the most admired as he climbs the shaky ladder of society’s elite.

As two worlds merge, Emily and Matt struggle under the weight of their “Gilded Wings.” Not only will they have to figure out who they should fight to save, but they must also face a romantic choice that could destroy them both.

Amy Lignor’s Bio:
Amy Lignor began her career at Grey House Publishing in northwest Connecticut where she was the Editor-in-Chief of numerous educational and business directories.

Now she is a published author of several works of fiction. The Billy the Kid historical The Heart of a Legend; the thriller, Mind Made; and the adventure novel, Tallent & Lowery 13.

She is also the owner of The Write Companion, a company that offers help and support to writers through a full range of editorial services from proofreading and copyediting to ghostwriting and research. As the daughter of a research librarian, she is also an active book reviewer.

Currently, she lives with her daughter, mother and a rambunctious German Shepherd named Reuben, in the beautiful state of New Mexico.

Until Next Time: The Angel Chronicles, Book 1 buy links:

Until Next Time: The Angel Chronicles, Book 1 Summary
How does a girl choose between the one who steals her heart and the one who owns her soul?

Matt and Emily were created for a specific job. Raised and trained as the ultimate angel/warrior team, they are sent down to save, defend, judge and forgive, depending on the ‘life’ they’ve been assigned. What they don’t realize is that the power of human emotions, such as love, anger, passion and fear can take over even the best of souls, causing them to make mistakes and follow paths that lead to confusion and heartache.

When the reason for their training is finally revealed, the angel/warrior team find themselves thrust into a world they know nothing about. Matt takes over the life of Daniel, a young man with a great deal of baggage. Emily becomes Liz, a girl living in a remote village who relies on nothing more than her own strength to survive. A violent storm erupts one night, and framed in the window of Liz’s establishment is a frightening face. Let in by the soul of a Good Samaritan, the two visitors bring with them a past full of secrets that could literally change an angel’s path and a warrior’s plans.

From murder to redemption, this angel/warrior team must find a way to keep the faith they have in each other in a world that’s ripping them apart.
—

Thanks for writing, Amy and thank you for reading,

2 Responses to “Take Over Monday with Contest: Finding Fact Inside the Fiction”