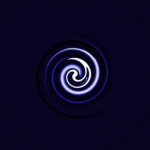 Max was doing his best. With life, with his marriage and his family and now, getting out of this godforsaken trap but he was losing the battle. He knew no one respected him for leaving but he left because he loved Judy and the kids, the kids just didn’t get that. Whatever Judy was going through, he had to support her from afar – her rules.

And now this. Cole, the kid he just met but heard so much about, was giving instructions while he stumbled behind. His head ached, he couldn’t whine or bring attention to it, he just had to keep going.

Taking small step after tiny stumble he reached where Cole was standing and decided he had to get his family safe. Lifting them up to where they could get to the main floor safely was taxing whereas otherwise he should have been able to lift them easily. Once done he made the huge mistake of looking up to them and tried to tell them he’d be fine, he’d find another way out. When nothing came out Cole took over and told them his idea.

Then it hit him. Everything he was trying to do, all that he did and the fear of everything while looking up did him in. The awful vertiginous feeling overcoming everything else and he collapsed. Unable to open his eyes or voice the terrible way he felt Max crumbled, landing on the apple he laid down earlier and squishing it.

It was the smell of it that took him back to reality. Max tried to focus on that, on the feeling of the squishy mush under his back but all he could smell was perfume and feel fear.

Cole was no where to be seen, in his place was a young woman who looked familiar but he couldn’t place.

“What is happening? Who are you?”

“Forgive me for all of this. I’ve been so lonely and love to play games. My name is Flo, short for Flower, this is my house and I should be asking you why you’re here but I won’t, I’m just so happy you came to visit.” Max noticed she was glowing and, though much younger, seemed to be the person Lucas was sitting with in the garden.

“I need to find my family,” Max demanded.

“I’ll help you if you help me,” she taunted in response. “But you need to help me first.”

Stay tuned for tomorrow’s post.. Walking With a Wizard